Clearly more comfortable on the road, the Cards are now 3-3 at home after another prime time loss.

GLENDALE, Ariz. — The Arizona Cardinals (10-3) were so confident of their chances of locking up a playoff berth that tickets already went on sale. But fans will have to keep waiting before it’s official after a primetime 30-23 loss courtesy of the Los Angeles Rams (9-4) spoiled the team’s shot to secure their first playoff appearance since 2015.

Clearly more comfortable on the road, the Cards are now 3-3 at home.

On the Cardinals’ initial drive, Matt Prater split the uprights on a 53-yarder and Los Angeles immediately went three-and-out afterward.

Multiple long receptions by DeAndre Hopkins and a spectacular one-handed catch by James Conner set up the Cards in the Red Zone only for Rams linebacker Ernest Jones to pick off Kyler Murray.

After a rough first drive, Matt Stafford looked poised for the rest of the night, and the Rams ran up the field at will and silenced State Farm Stadium with a short touchdown reception to Odell Beckham Jr.

The Rams followed up with a 55-yard field goal by Matt Gay to extend the lead, and Cards fans looked on anxiously.

But then Murray aired it out on a gutsy throw in double coverage to Christian Kirk who made the stunning 41-yard catch.

Conner followed it up with a 1-yard TD on fourth down. Afterward, both teams traded frantic drives to each score a field goal, leading to a 13-13 tie at the half.

On the following possession, another questionable throw by Murray was tipped, bobbled and intercepted by Rams linebacker Leonard Floyd deep in Arizona territory, leading to disarray across the Cardinals sideline and fans alike.

A touchdown connection from Stafford to Cooper Kupp blew up Los Angeles’ lead to 27-13 in less than five minutes.

In one of the biggest tests of composure all year, Murray led a drive all the way into the Red Zone only to turn it over on downs after a rare drop by Hopkins.

With nerves rattled, it took a crafty 36-yard catch from veteran wideout A.J. Green to get some momentum back for Arizona.

Watch reaction from the 12 News team 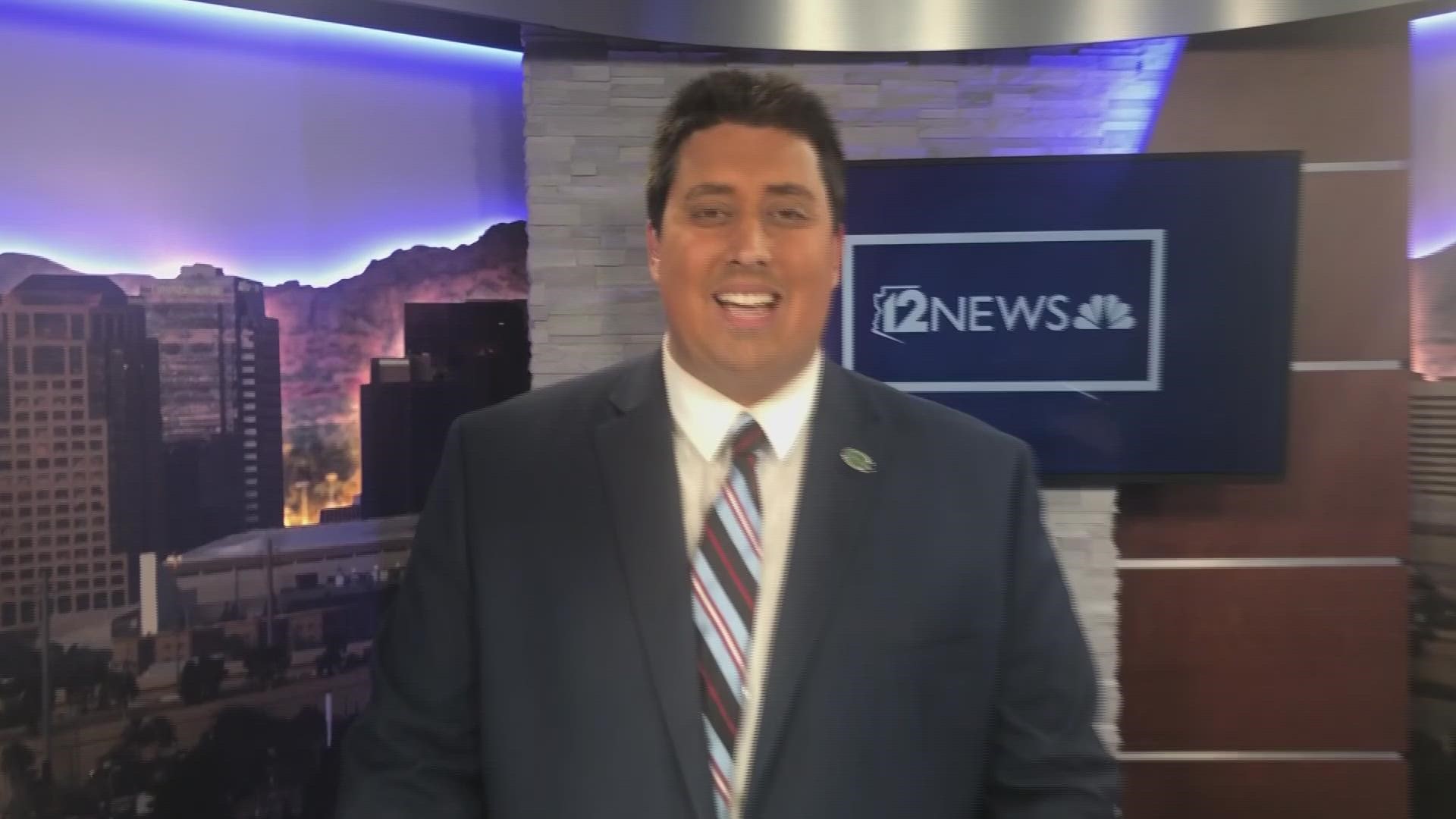 Conner, who has been a star for the Cardinals in recent games, muscled into the endzone on an 8-yard run up the middle.

And the Cards still had life.

A defensive stand held the Rams to a field goal, but time was running out for Arizona to chip away at a 10-point deficit.

Even though the drive carried the Cards within Prater’s field goal range, head coach Kliff Kingsbury opted to go for it on fourth and short only to get burned.

A desperation drive led to a field goal for Arizona, and Zaven Collins managed to recover the onside kick – giving the team one last shot.

But confusion swirled across the team on the final drive, and the game ended with Donald dropping Murray as time expired.

The Rams were without tight end Tyler Higbee and star secondary member Jalen Ramsey. Both were placed on the team’s reserve/COVID-19 list.

Cardinals running back James Conner was injured during the final drive. It’s unknown what condition he’s in.

Cardinals vs Rams in photos 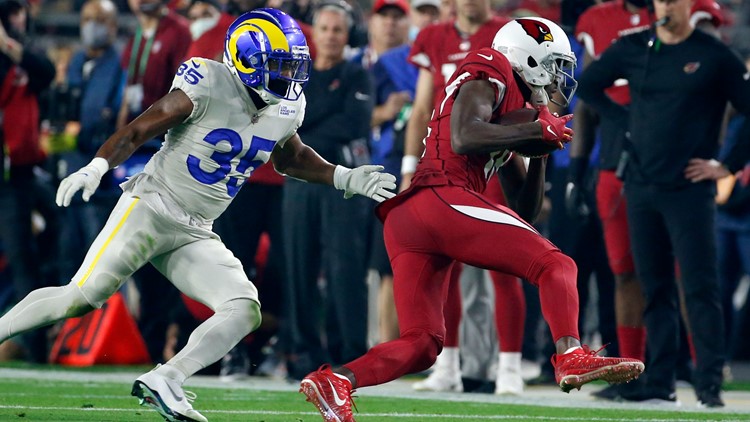