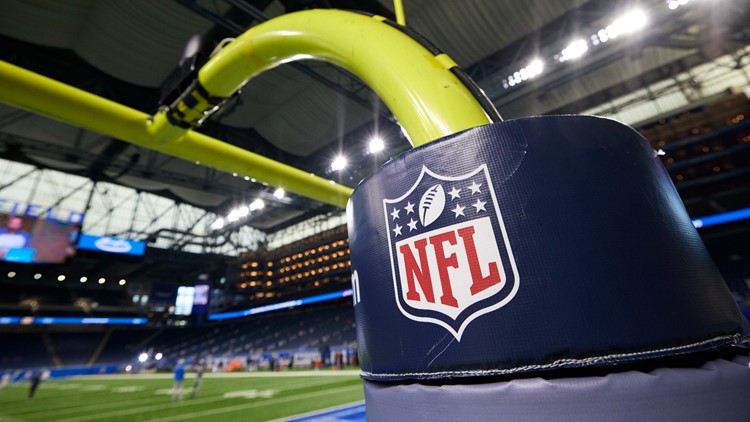 The CDC recommends an individual that received a second Pfizer or Moderna shot to complete the primary vaccine series more than six months earlier that the booster.

The NFL is requiring coaches, front-office staff and team personnel to receive a COVID-19 booster by Dec. 27.

In a memo sent to teams on Monday and obtained by The Associated Press, the league said: “Given the increased prevalence of the virus in our communities, our experts have recommended that we implement the CDC’s recommendation.”

The league’s requirement extends to all Tier 1 and Tier 2 individuals who have previously received the vaccine. Though players are in the Tier 1 designation along with coaches and trainers, the mandate doesn’t apply to players because discussions with the NFL Players Association are ongoing.

The following do not have to meet the requirement:

— An individual who is not eligible for a booster pursuant to the CDC definition.

— An individual who is in the 90-day test holiday after a confirmed positive COVID-19 test under the league protocols.

— An individual who received monoclonal antibodies within the immediately preceding 90 days.

— An individual whose “S” antibody level on an antibody test administered via BRL (BioReference Lab) at the club facility is 2500 or greater.

The league says anyone who is not currently subject to the requirement for boosters will be required to obtain the booster within 14 days of becoming eligible.

Teams were asked to provide booster shots to all eligible tiered staff as soon as possible, and to consider making booster shots available for player and staff families and cohabitants.

A season-high 36 players were placed on the league’s COVID-19 list on Monday.

Seahawks coach Pete Carroll addressed the possibility of players getting complacent about the virus.

“That’s it. That’s the whole issue worldwide,” Carroll said. “People get fatigued from it. We just can’t. We can’t let that happen. Even though everybody is human and you get worn down by the reminders. It’s stressful when you have to be continually reminded and thoughtful of something that you wouldn’t normally do. It wears on you, and we try to avoid it. We look for ways to get out of it. That’s the conversation we hear all the time, that’s the national clamor.

“It is about being diligent. Diligence comes from the constant reminders and the discipline that it takes to stick with it.”

Last month, the NFL required players and staff to wear masks inside team facilities regardless of vaccination status for a week, and ordered they be tested twice for COVID-19 after the Thanksgiving holiday. The league’s protocols then were updated as a result of increasing rates of COVID-19 across the country. At the time, nearly 95% of NFL players were vaccinated, and almost 100% of NFL personnel were vaccinated.

The league has been conducting genetic sequencing tests on positive cases to determine exact strains of the virus. NFL medical director Allen Sills said in November such testing showed that one club had eight positive cases within a two-week span but each case was unrelated, meaning the individuals were exposed to the virus from someone outside the facility.

“That shows our protocols are working and they’re doing what they’re designed to do, which is to prevent the virus from spreading in an uncontrolled manner throughout teams,” Sills said.

But the more recent numbers are alarming, particularly on Monday.

“Here we go, we’re in the last month of the season and we’ve got a shot to make it through,” Carroll said. “I don’t know after today what’s going to happen, but everybody has to continually be reminded. Stop griping about it. Stop griping about being healthy and helping other people be healthy. I don’t get that. That’s beyond me.

“It’s so far away from personal rights. I don’t get it. … It’s constant as anything we’ve ever been around. We just have to do a good job. I’ve got to do better. I have to remind guys more.”

This article has been corrected. A previous version reported erroneously that players would be required to get booster shots. Although players are Tier 1 personnel, the mandate does not apply to players because such a requirement must be negotiated with their union.