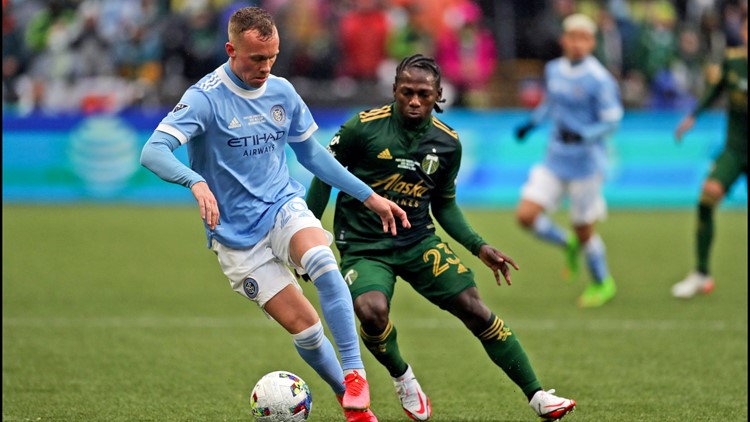 New York City FC won in penalty kicks (4-2) after the Timbers tied the game 1-1 in the game’s final seconds of stoppage time.

NYCFC won in penalty kicks (4-2) after the Timbers tied the game 1-1 in the game’s final seconds of stoppage time.

Valentín Castellanosh scored NYCFC’s first goal at the 41-minute mark with a header off a penalty kick from Maximiliano Moralez. Following the goal, a fan threw an object that hit one of NYCFC’s players and was ejected from the game and banned from Providence Park.

The fan who threw the object was ejected from the game, and has been banned from Providence Park. There is zero tolerance for behavior of that kind.

In the second half, NYC appeared to be on the road to victory. The score was still 0-1 when officials announced there would be four minutes of stoppage time.

In the final seconds, Timbers striker Felipe Mora scored a goal to tie the game 1-1. Major League Soccer tweeted that it was the “latest goal in regulation in MLS Cup history.”

Johnson, who has been in the MLS for more than a decade, was named given the MLS Cup MVP award.

The match was the Timber’s third appearance in an MLS Cup final. The Timbers won an MLS Cup against Columbus Crew SC in 2015 and went to the final in 2018 but lost to Atlanta. It was Portland’s first time hosting the championship match.

KGW’s Orlando Sanchez was live tweeting during the game.

The Associated Press contributed to this report.