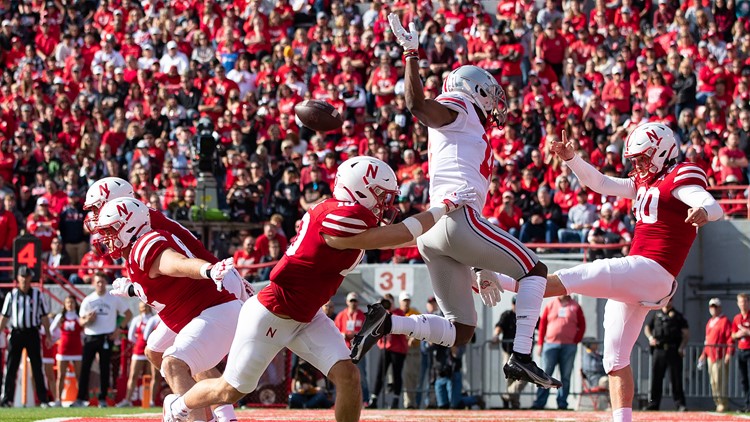 LINCOLN, Neb — Milton Andrew Munson’s obituary recalled his life as an Air Force veteran, a pharmacist, husband and father, and as a Nebraska football fan. That was evident in one line in the obit: “In lieu of flowers, please place an irresponsibly large wager on Nebraska beating Iowa.”

Munson, 73, died Nov. 16. The obit, written by Munson’s sons, ran Thursday in the Hastings Tribune, the Lincoln Journal Star reported. It caught fire on social media and captured the attention of two radio hosts, Josh Peterson, co-host of an afternoon sports talk show on KOZN-AM in Omaha and Jack Mitchell of KLIN-AM in Lincoln.

They decided to throw in some money and make a bet for the Huskers to pull an upset in Friday night’s game in Lincoln, but once word got out, listeners and others pitched in and the total grew to nearly $5,000.

“I mentioned it (Monday) on the air,” Peterson said. “We talked about it for four or five minutes and said ‘Here’s my Venmo if you want to donate.’ It’s blown up.”

Munson’s son, Todd, was on Peterson’s show Tuesday and said the family will give some of the money to Big Brothers/Big Sisters, and will use some to bet on the Cornhuskers to beat the Hawkeyes, who are favored by a point-and-a-half.

RELATED: ‘Let me out!’: Man gives family one last laugh at his own funeral

Todd Munson, a writer who lives in Los Angeles, said he and his brother had a complicated relationship with their father, who battled bipolar disorder and addiction. But when they had a conversation, it almost always involved the Huskers.

Milton Munson’s love for the Huskers, and gambling, had to be part of his story, said Todd’s brother, Troy, a neurosurgeon in Des Moines, Iowa.

Nebraska quarterback Adrian Martinez is out for Friday’s game, but Todd Munson wrote on Twitter that the Huskers will be getting some help from other places.

“If the ghost of my old man can’t will the Huskers to victory on Friday, then they truly are a lost cause.”