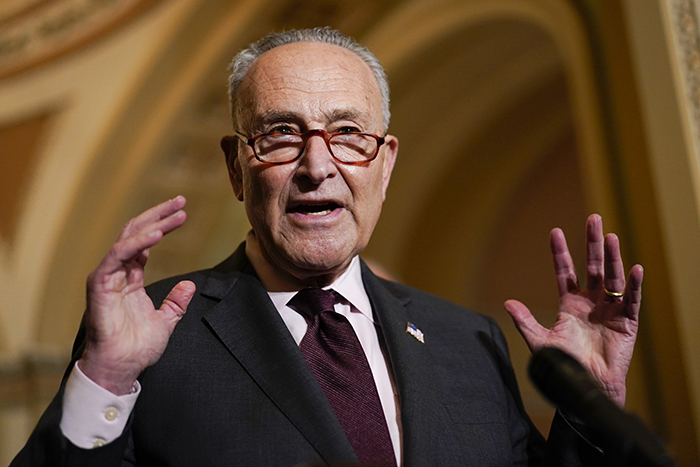 “Responsible governing has won on this exceedingly important issue,” Schumer said on the Senate floor Tuesday. “The American people can breathe easy and rest assured there will not be a default.”

The measure would increase the debt limit by $2.5 trillion, a sum expected to last into 2023 without the need for another vote to raise the borrowing cap. That would get Democrats through the midterm elections next year before having to hike the ceiling again.

While the majority leader noted that action to raise the nation’s borrowing cap “is about paying debt accumulated by both parties,” Republicans continue to characterize the debt limit increase as a way for Democrats to facilitate more deficit spending, which GOP lawmakers say will drive further inflation.

The Kentucky Republican pinned responsibility for raising the country’s borrowing limit on his counterparts across the aisle. But the minority leader helped facilitate the debt limit increase by offering enough Republican support to grant Democrats a one-time reprieve from the filibuster to allay the debt issue, a measure that passed the Senate with 14 GOP votes last week.

“Later today, every Senate Democrat is going to vote on party lines to raise our nation’s debt limit by trillions of dollars,” McConnell said. “If they jam through another reckless taxing-and-spending spree, this massive debt increase will just be the beginning.”