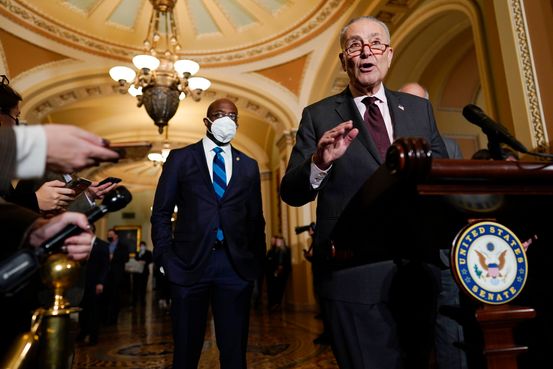 WASHINGTON—Democrats prepared Tuesday to raise the government’s borrowing limit by $2.5 trillion, moving to quickly pass the measure through both houses of Congress and push the next debt-ceiling standoff past the midterm elections.

Lawmakers expect the $2.5 trillion increase to the roughly $29 trillion in debt will allow enough borrowing to pay the country’s bills into 2023, when Congress would again have to act on the issue to avert default.