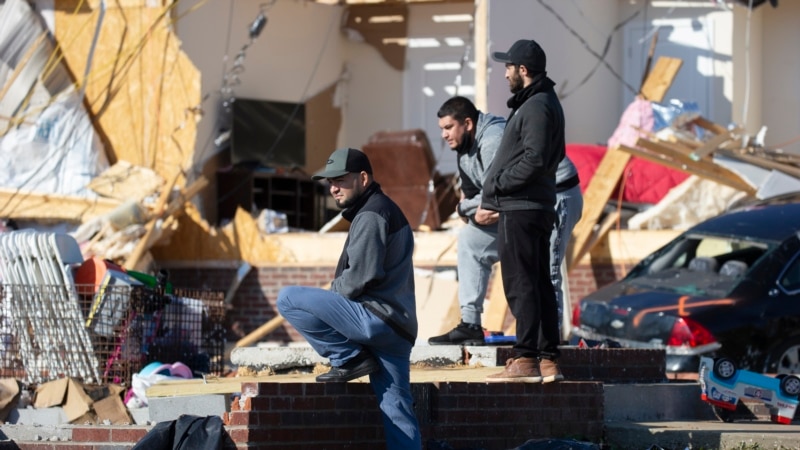 U.S. President Joe Biden is traveling Wednesday to the state of Kentucky to survey damage from a string of tornadoes that killed at least 74 people.

Biden is scheduled to get a briefing about the storms that hit late Friday and early Saturday and to visit two towns – Mayfield and Dawson Springs – left flattened by the tornadoes.

Kentucky Governor Andy Beshear said Tuesday that more than 100 people were unaccounted for in the state, most of them in Dawson Springs, a town of fewer than 3,000 people.

White House press secretary Jen Psaki told reporters Tuesday that Biden “wants to hear directly from people, and he wants to offer his support directly to them.”

“The message he will send to them directly and clearly tomorrow is ‘We’re here to help, we want to rebuild, we are going to stand by your side and we’re going to help your leaders do exactly that,'” Psaki said.

Biden has approved federal disaster declarations for Kentucky and neighboring Tennessee and Illinois after the storms brought more than 30 tornadoes to five states. At least 88 people died in total.

Some information for this report came from the Associated Press and Reuters.

NYC cop wounded by bullet to be released from hospital